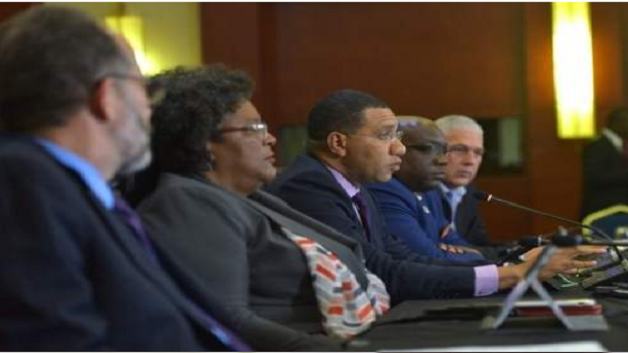 Barbudans, who continue to ignore repeated notices to leave the National Technical Training Centre (NTTC) shelter in Antigua, will be forced to do so.

This most recent declaration from Prime Minister Gaston Browne came days after police and government officials went to the building on Saturday, to escort Barbudans off the premises.

The Barbudans, mostly women and young children, have been living at the shelter since the passage of Hurricane Irma which devastated the sister island a year ago. While a few heeded the warnings, and left the facility on the weekend, several families have remained at the facility indicating they have nowhere to go.

According to the Antigua Observer, Prime Minister Browne said the government is willing to provide some sort of support to the Barbudans whether in the form of reduced rental agreements or otherwise.

He, however, stressed that the National Technical Training Centre is a training facility which should be used for the training of young people and the Barbudans will not be allowed to stay there permanently.

He added that the government is fully aware that there is a shelter in Barbuda that is not being utilised by the Barbudans.

WEFM ranks fourth in recent survey of most listened to radio station in St....

Over 50-thousand EC Dollars raised in Pledges during Sunday’s Radiothon in aid of Dominica...