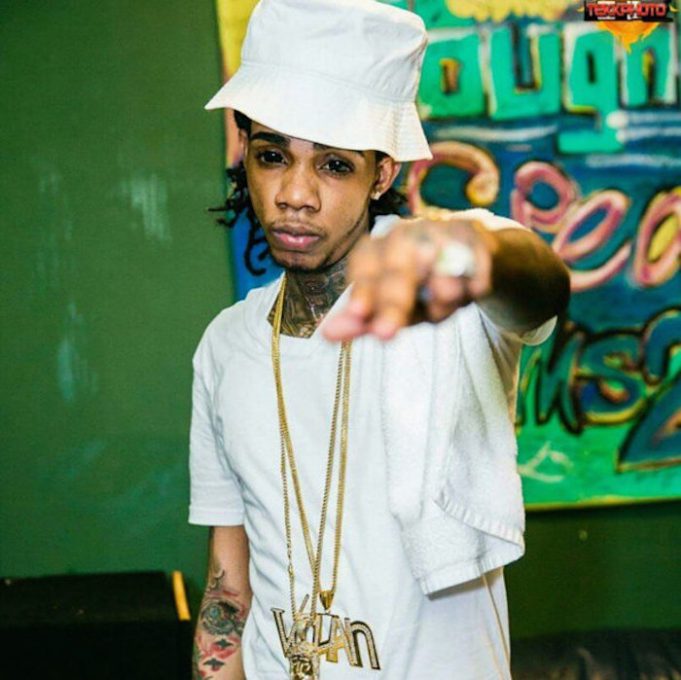 Alkaline didn’t take too likely to being bottled on stage during his performance in St. Lucia last weekend.

The deejay was around midway his performance when someone from the audience hurled a water bottle on stage. The bottle hit Alkaline at the side of his head before hitting the back of the stage.

According to Urban Islandz Sources the bottle was thrown on stage by a male patron who says he was a Vybz Kartel fan and is upset the Alka is dissing his deejay.

Sources also told us that Alkaline and his entourage was looking for the patron who threw the water bottle at the end of the show.