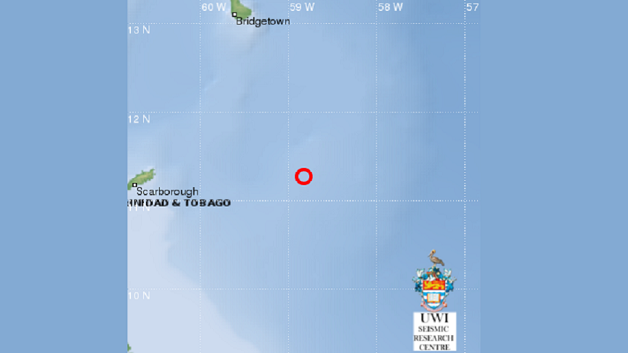 The Seismic Research Centre at the University of the West Indies (UWI), St. Augustine campus, in Trinidad, says an earthquake with a magnitude of 4.5 was recorded to the east of Tobago yesterday.

According to preliminary reports, the quake occurred at 3:56 pm.

This follows a 4.1 earthquake that was recorded 120 kilometers north west of Port of Spain early Tuesday.