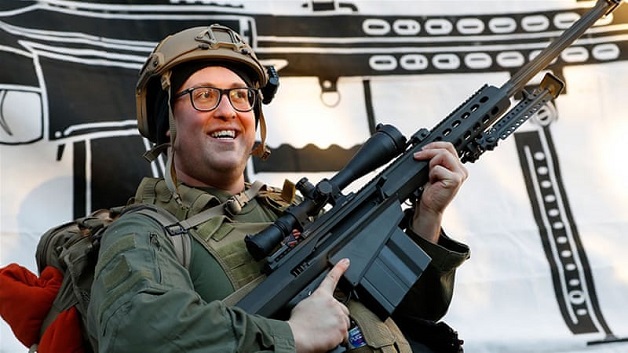 The US state of Virginia is bracing for a pro-gun rally on Monday that experts and political leaders warn could descend into violence.

The rally, billed by its organisers as a peaceful event to lobby legislators to protect the Second Amendment, is expected to draw dozens of militia groups to the state capital, Richmond, according to social media and statements by the groups.

Virginia’s Democratic Governor Ralph Northam said they have received credible intelligence from our law enforcement agencies of threats of violence surrounding the demonstration planned for today.

Referring to the Virginia white supremacist rally in which a neo-Nazi rammed his car into a group of anti-racist protesters, killing 32-year-old anti-racist demonstrator Heather Heyer, Governor Northam tweeted, that this includes extremist rhetoric similar to what has been seen before major incidents, such as Charlottesville in 2017.