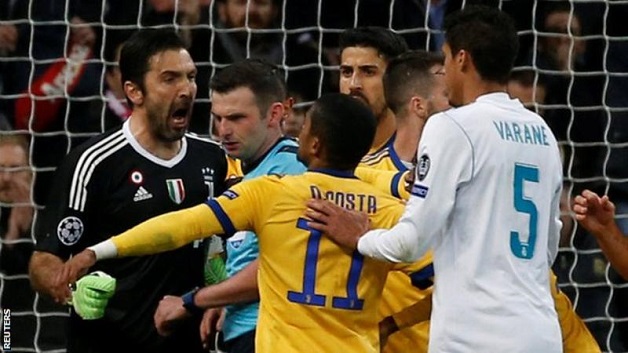 Michael Oliver awarded a last-minute penalty as Real Madrid knocked Juventus out of the Champions League last week and was criticised by keeper Gianluigi Buffon and some Italian media.

In a dramatic end to the match in Madrid on Wednesday, Juventus captain Buffon was sent off for confronting Oliver over the 93rd-minute penalty decision.

The Red Devils were beaten 1-NIL by bottom side West Brom at Old Trafford on Sunday, ensuring rivals Manchester City won the title.

Local COVID-19 testing to commence within a week’s time

Queen hopes Prince Charles will succeed her as Head of Commonwealth