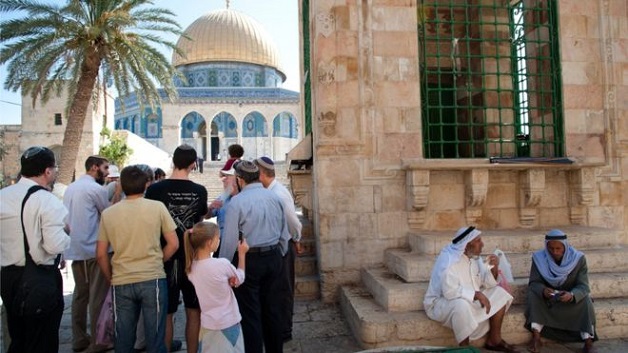 Turkey’s president has warned it could sever ties with Israel if the US recognizes Jerusalem as its capital.

Recep Tayyip Erdogan said such a move would cross a “red line” for Muslims.

A growing number of countries have urged Donald Trump not to make his anticipated announcement.

Reports say the president will dramatically shift the US position on the status of Jerusalem this week. Its fate is one of the thorniest issues between Israel and the Palestinians.

“Mr Trump! Jerusalem is a red line for Muslims,” Mr. Erdogan said in a televised speech today, adding “We could go as far as cutting diplomatic ties with Israel over the issue”.

According to BBC News, Donald Trump missed a deadline on Monday to sign a waiver which would postpone moving the US embassy from Tel Aviv to Jerusalem, a campaign pledge he has delayed fulfilling.

If Washington recognizes Jerusalem as Israel’s capital, it would be the first country to do so since the foundation of the state in 1948. Israel has always regarded it as its capital city, while the Palestinians claim East Jerusalem as the capital of a future Palestinian state.