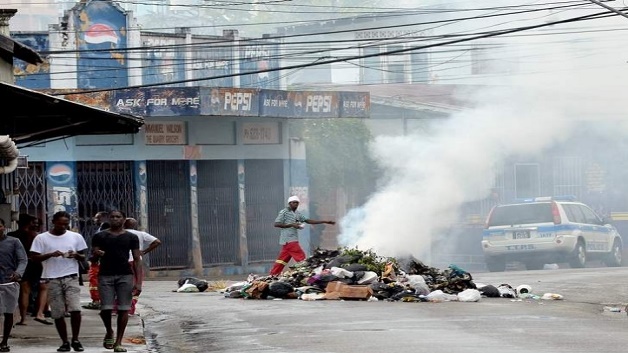 East Port of Spain in Trinidad was a scene of total disorder yesterday following the police killing of a resident early in the morning and the shooting of a hearing-impaired man in the afternoon, said to be caused by a stray bullet.

According to a release from the T&T Police Service’s Public Affairs Unit issued yesterday, James was killed as officers from the Inter-Agency Task Force raided his home, around 3:30am.

Officers were about to execute a search warrant for firearms and ammunition, when they claimed they were met with gunshots. They allegedly returned fire, hitting James several times.

He was taken to the Port-of-Spain General Hospital where he was pronounced dead on arrival. Police claimed they found a Glock pistol and seven rounds of ammunition on the scene.

Neighbours and friends of James are however disputing the police’s claims over the circumstances surrounding his death.