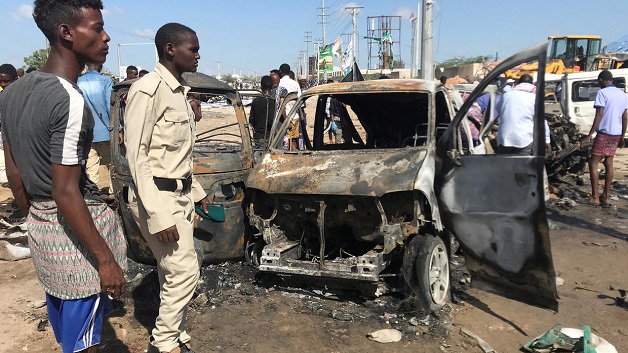 At least 79 people are dead and 149 more injured after a massive car bomb exploded at a busy intersection on the outskirts of Somalia’s capital, Mogadishu, on Saturday.

According to CNN News, Government spokesman Ismael Mukhtar Omar said that the attacker drove his vehicle into the checkpoint, a well-known junction that links the south of Somalia to the capital.

Omar added that university students, civilians and soldiers are among the dead.

The attack happened during rush hour in the Somali capital at about 8 a.m.

Police have warned that the death toll could rise as many of the wounded have been rushed to hospitals.

Somalia’s Prime Minister, Hassan Ali Khaire said in an address to the nation hours after the attack that a national-level response committee was established on Saturday to help the injured and offer support to those who lost family members in the attack.