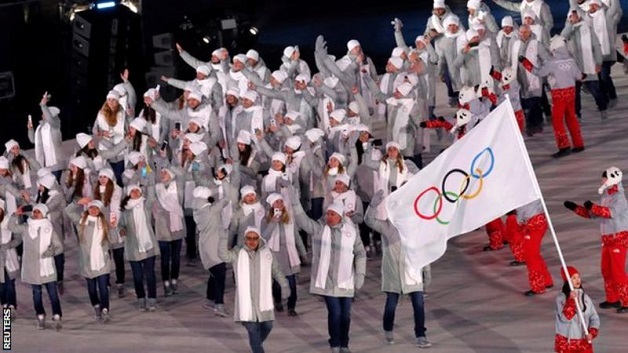 Russia’s Olympic membership has been restored by the International Olympic Committee (IOC) following its suspension from the 2018 Winter Olympics.

Russia was banned from February’s Games by the IOC over state-sponsored doping.

Despite the ban, 168 Russians competed as neutrals in South Korea, and two of them failed drugs tests.

The IOC planned to reinstate Russia after the Games – so long as there were no more failed tests – and it now says all remaining samples were negative.

“The suspension of the Russian Olympic Committee is automatically lifted with immediate effect,” it added in a statement.

The 168 Russians who competed in Pyeongchang as Olympic Athletes from Russia (OAR) had all been required to prove they were clean before the Games.

The OAR team was the third largest and won 17 medals, including two gold.