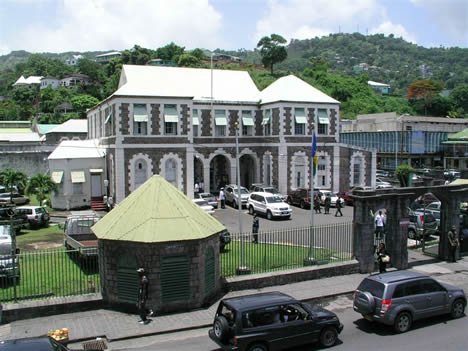 Prime Minister Dr. Ralph Gonsalves in tabling the legislation said it aims to facilitate an equitable disbursement of the proceeds from the settlement, to BAICO policy holders across the Eastern Caribbean Currency Union (ECCU).

Dr. Gonsalves noted that if this Plan of Arrangement is implemented across the ECCU and the Bahamas, the judicial managers estimate that an initial distribution can be made to policy holders within six months.

Prime Minister Gonsalves told legislators that the fallout of BAICO and CLICO in 2009 have caused great anxiety and hardship to ECCU policy holders, and contributed in part to the relatively slow economic recovery in the Currency Union.

He said as a result of the relentless efforts of Currency Union governments in, over 1,850 policy holders here in St. Vincent and the Grenadines benefitted from payouts of approximately $28 million.

However, with regard to Barbados Clico International Life Insurance Limited, Dr. Gonsalves said the ECCU governments are not in favor of a proposal put forward by the Barbados government, and he is awaiting a response from that country’s Prime Minister to two letters he wrote him earlier this year on the issue.

Prime Minister Gonsalves calls for more productive attitudes to work and management within the...