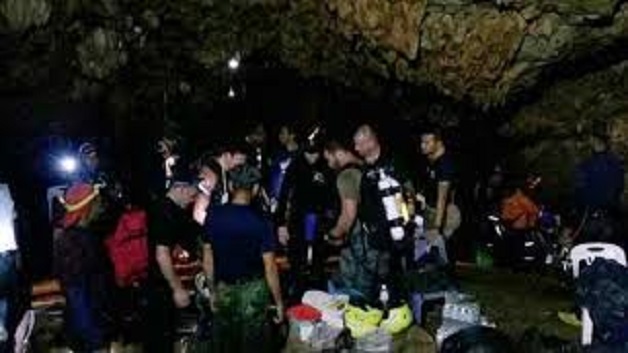 All 12 boys and their football coach have been found alive after nine days missing in caves in Thailand, the regional governor says.

All of them are safe, Narongsak Osottanakorn confirmed, speaking after a mammoth search operation in the Tham Luang caves in Chiang Rai.

They were discovered by naval Special Forces, he said, according to a report by the BBC.

The challenge now will be to extract the party safely, with rising water and mud impeding access.

Rescuers had hoped they would find safety on a mound in an underground chamber.

The group’s plight gripped the country and led to an outpouring of support.