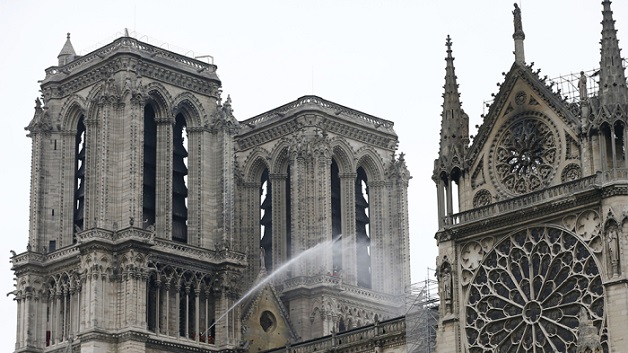 Hundreds of millions of euros have been pledged to help rebuild Notre-Dame – after a devastating fire partially destroyed the French cathedral.

According to the BBC, French President Emmanuel Macron vowed to reconstruct the historic building even as the fire still burned, while a number of companies and business tycoons have so far pledged about €600m between them.

Offers of help with the reconstruction have also poured in from around the globe, with European Council President Donald Tusk calling on EU member states to rally round.

According to International media, the fire, declared fully extinguished some 15 hours after it began, ravaged the 850-year-old building’s roof.

However firefighters who worked through the night managed to save the Paris landmark’s main stone structure, including its two towers.

Other officials have suggested it could be linked to extensive renovation works taking place at the cathedral.