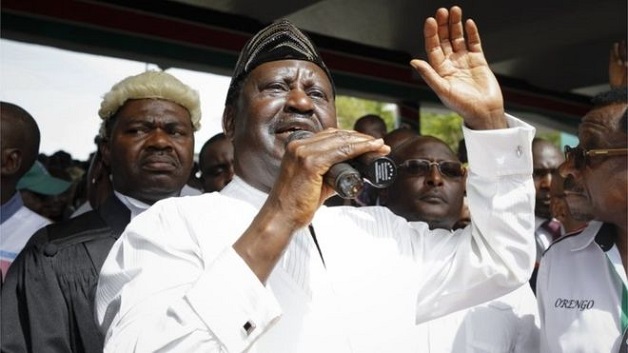 He declared himself the “people’s president” in front of thousands of his supporters in the capital, Nairobi.

The result of the August general election was annulled following allegations of irregularities.

Uhuru Kenyatta won a re-run in October, but Mr. Odinga did not take part.

President Kenyatta was sworn in for a second term last November.

According to BBC News, he warned the media not to cover today’s event and the attorney general said holding such a ceremony amounted to treason. However, the main TV stations streamed the event on their websites and on YouTube and Facebook.