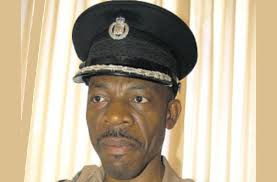 The Jamaica Constabulary Force (JCF) will be strengthening collaboration with the police in Haiti in order to disrupt and shrink the illicit drugs for guns trade between the two countries.

Addressing a press conference yesterday, to officially launch the JCF’s ‘Get the Guns’ campaign aimed at taking illegal guns out of the hands of criminals, Police Commissioner Dr Carl Williams said “The purpose of the campaign is to significantly reduce the number of illegal guns and ammunition that are used by criminals to wreak havoc in our society.”

In addition to tackling the drugs for guns trade, the campaign will also involve increasing island wide search and seizure operations; heightening police presence on the roads; increasing the monitoring of coastlines; and making greater use of police intelligence resources.

According to the Jamaica Observer, incentives are to be provided to police stations and police personnel, who have seized the largest number of guns.