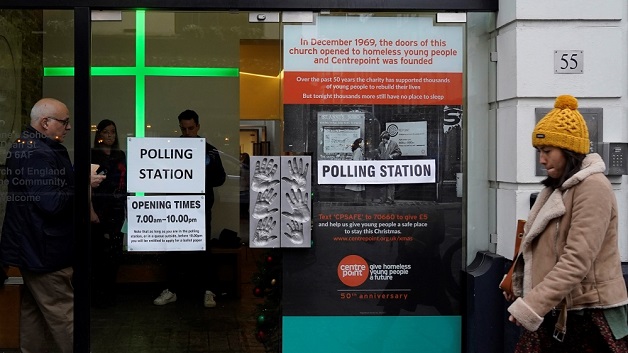 Voting is under way in the United Kingdom’s snap general election, with millions expected to deliver their verdict on the Brexit crisis engulfing British politics.

According to the BBC, Today’s ballot will shape how, or whether, the UK will finally exit the European Union after months of parliamentary deadlock over how to execute the result of its 2016 referendum on membership of the bloc.

The vote brings to an end a febrile campaign period during which Prime Minister Boris Johnson’s Conservative Party and Jeremy Corbyn’s Labour Party have offered starkly different visions for resolving the impasse and rebuilding the UK after a decade of austerity.

Johnson wants to action a swift exit from the EU, while Corbyn is committed to holding a second referendum over the issue.

Polls opened at 7am and will close at 10pm local time – with final results expected by early Friday morning.

More than 45 million voters are registered to take part, but harsh weather and a general sense of weariness, brought on by this being the third election since 2015, may hamper turnout.