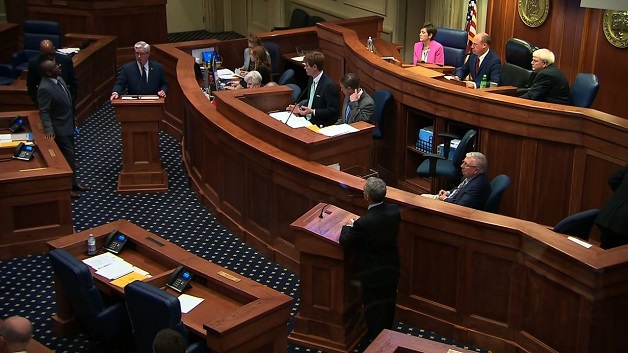 Alabama’s Republican-dominated state Senate has passed a bill to ban nearly all abortions, including in cases of rape or incest, as part of a multi-state effort to have the United States Supreme Court reconsider a woman’s constitutional right to the procedure.

Senators on Tuesday voted 25-6 for the bill that would make performing an abortion at any stage of pregnancy a felony punishable by up to 99 years or life in prison for the abortion provider. The only exception would be when the woman’s health is at serious risk.

According to Aljazeera, the Senate also rejected an attempt to add an exception for rape and incest. The amendment was voted down 21-11, with four Republicans joining Democrats seeking the amendment.

Turkey and Greece to discuss deal as influx continues