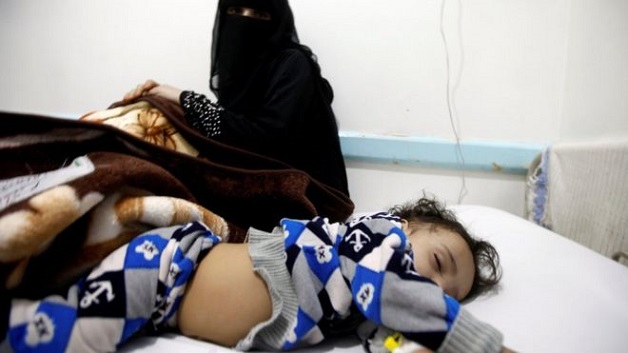 Scientists have found the most likely source of Yemen’s cholera epidemic, which is the worst in recorded history.

Using genomic sequencing, researchers at the Wellcome Sanger Institute and Institut Pasteur concluded the strain of cholera originated in eastern Africa and was carried to Yemen by migrants.

They hope the data will help estimate the risk of future outbreaks and be used to better target interventions.

According to the BBC, since 2016 the epidemic has affected a million people and caused 2,770 deaths.

It has amplified the suffering of civilians caught up in a three-year civil war between forces loyal to the internationally-recognised President Abdrabbuh Mansour Hadi, who is backed by a Saudi-led coalition, and the rebel Houthi movement.

As a result of the fighting and a partial blockade by the coalition, some 16 million Yemenis lack access to safe drinking water, sanitation and basic healthcare, and 10 million do not know where their next meal will come from.

Tough questions being asked at US Travel ban hearing