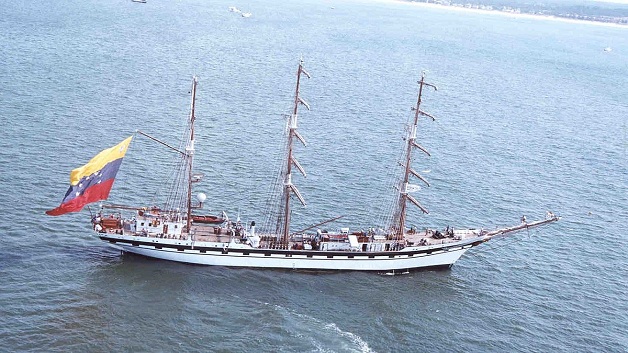 Vincentians were given a taste of Venezuelan culture on board the Simón Bolívar School Training Vessel at a cocktail hosted by the Captain and crew in conjunction with the Embassy of the Bolivarian Republic of Venezuela on Thursday, June 15, 2017.

Captain of the Vessel, Alfonso De Gregorio Melendez said it is the first time the vessel visited St. Vincent and the Grenadines.

He said it was a great honour to bring the cadets in training to St. Vincent and the Grenadines, which he hoped will enhance the bonds between the two nations.

Minister of National Mobilisation, Frederick Stephenson, said he was so impressed with the deportment of the cadets that he has requested of Captain Melendez and Venezuela’s Ambassador to this country, Yuri Pimentel, that [he] “would love to see at least five of our coastguard personnel being trained on this ship for at least a 6 months period”.

According to Minister Stephenson, his request has been favourably received.

Mugabe would have rejected World Health Organization role, says spokesman after its U-turn