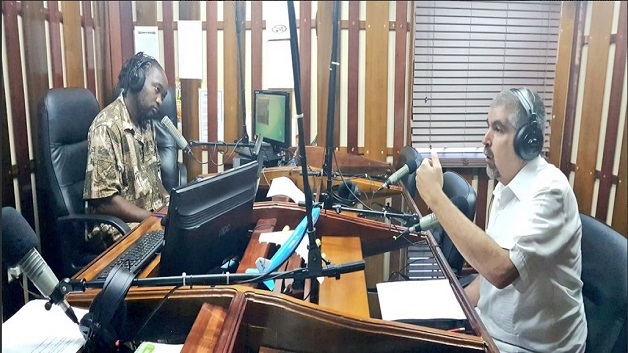 Venezuela’s Ambassador to St. Vincent and the Grenadines has defended President Nicolas Maduro’s plan to rewrite the nation’s constitution, saying it is aimed at bringing about peace in the South American nation.

The country’s opposition leaders are vehemently opposed to the move, fearing a power grab to keep the embattled government in power.

But, speaking on WEFM’s Morning program today, Ambassador Yuri Pimentel strongly supported the move by President Maduro which will see his officials holding an election this Sunday to appoint 545 people to sit on a body called the Constituent Assembly.

Ambassador Pimentel went on to point out that the move to establish the Constituent Assembly is a legal one, which is clearly contemplated in the National Constitution (articles 347, 348 and 349), and is a mechanism that will allow for promotion of a great process of national dialogue directly from the grassroots.

Police investigating a series of burglaries in the Questelles District