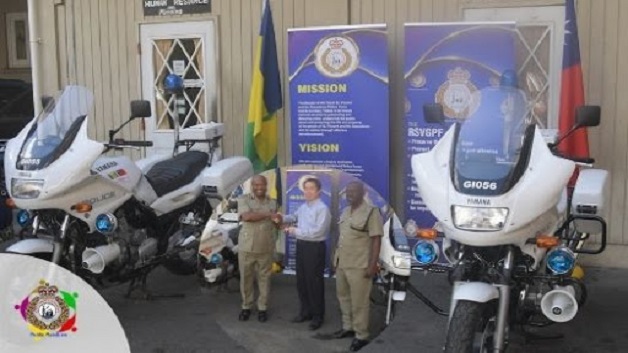 The Traffic Branch of The Royal St. Vincent and the Grenadines Police Force will be equipped with two additional motorcycles to patrol the streets of SVG.

On Thursday September 10th, 2020, Resident Taiwanese Ambassador, His Excellency Calvin C.H. Ho handed over the two white Yamaha (900CC) motorcycles to Commissioner of Police, Mr. Colin John at the Police Headquarters. The motorcycles were manufactured in 2020.

The Commissioner of Police thanked the government and people of the Republic of China (On Taiwan) for their generous donation on behalf the RSVGPF and by extension, the people of SVG.

This donation follows on the fleet of motor vehicles which the Republic of China (On Taiwan) handed to the RSVGPF on July 16th, 2020 during the official visit to SVG by President of Taiwan.

Childhood development Center to be constructed in Biabou Soon

US ‘concerned’ about Venezuela mass protests