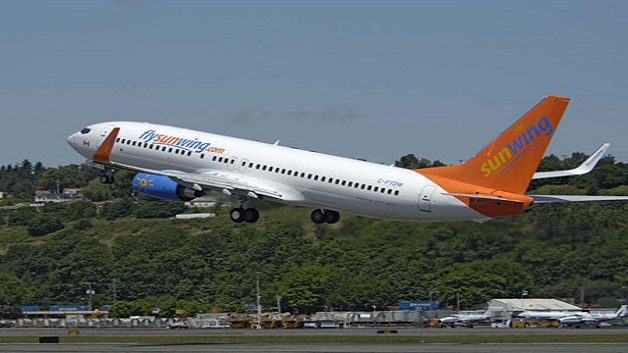 The St. Vincent and the Grenadines Tourism Authority (SVGTA) has released details regarding the inaugural Air Charter from Toronto scheduled to land at Argyle International Airport (AIA) on February 14.

The Tourism Authority has collaborated with GG Tours (www.ggtours.ca) in Toronto to organize this charter flight.

A release from the Tourism Authority says that a chartered Sunwing 737-800 aircraft will create history by being the first international flight to land at Argyle International Airport from Canada.

The return trip is priced at 899 Canadian dollars and 449 Canadian dollars one-way. Bookings can be made in Canada with GG Tours or any travel agent across Canada. In St. Vincent and the Grenadines, bookings can be made through local travel agencies.  A fifty pound (50) baggage and eleven (11) pound hand luggage allowance per passenger will be in effect.

The Argyle International Airport is the largest capital project that has ever been undertaken in the history of St.Vincent and the Grenadines and will replace the existing ET Joshua Airport which will close simultaneously.

The new airport is expected to increase accessibility to this multi island destination and be a key economic driver for the country, attracting direct flights from Canada, the United States, the United Kingdom, among other countries, and fuelling investments.

The AIA boasts a 2,743 meter (9,000 foot) runway, 45 meters (150 feet) wide and is designed to accommodate aircraft as large as the Boeing 747-400s. The 171,000 square foot terminal building is designed to handle 1.5 million passengers per year, more than five times the capacity at ET Joshua. It offers 23 commercial spaces, 3 restaurants and several spots available for kiosks.