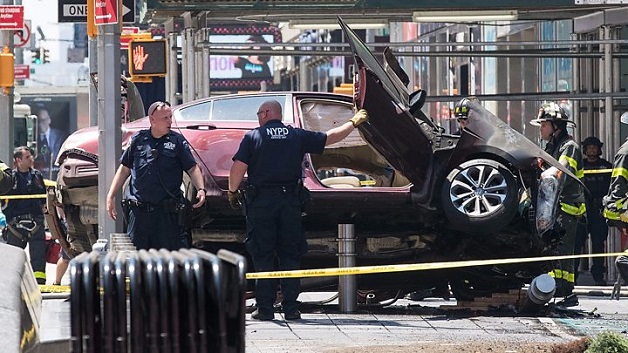 A man who drove a car along three blocks of pavement in New York’s Times Square, killing a teenager and injuring 22 people, said he had “heard voices”, according to law enforcement sources.

Richard Rojas, 26, a US Navy veteran who was arrested twice previously for drunk-driving, is now in custody.

He also said he expected to die, the sources told AP news agency.

According to Reuters, he said after being arrested: “You were supposed to shoot me! I wanted to kill them.”

Mr. Rojas has been charged with murder in the second-degree, 20 counts of attempted murder, and five counts of aggravated vehicular homicide. He is expected to appear in court later on Friday.

Prime Minister Gonsalves says the overwhelming majority of teachers and public servants do not...

Jamaica among 8 nations to compete in inaugural Athletics World Cup