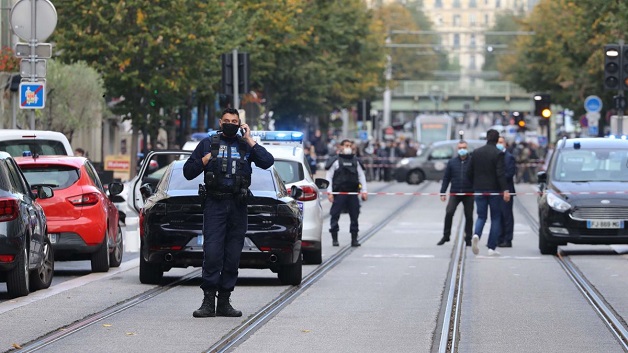 Three people have been killed in a knife attack at a church in the French city of Nice, police say.

Nice Mayor Christian Estrosi said there had been a “terrorist attack at the heart of the Notre-Dame basilica”.

One elderly victim who had come to pray was “virtually beheaded”. A suspect was shot and detained shortly afterwards.

France’s President Emmanuel Macron has arrived in the southern city and is meeting police officers at the scene of today’s attack. Anti-terror prosecutors have opened a murder inquiry and France raised its national security alert system to its highest level.