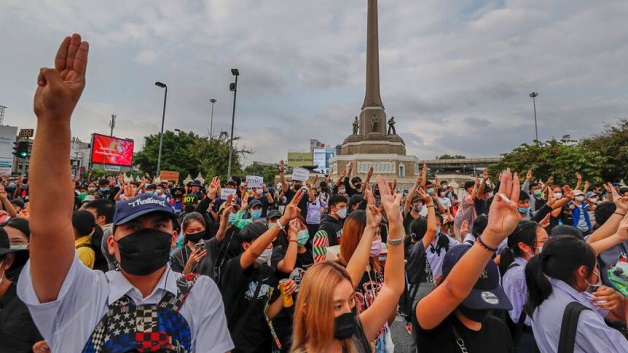 Thailand has revoked an emergency decree it imposed a week ago as it tried to end months of protests against the prime minister and the monarchy.

An official statement said the “violent situation” that had led to the decree had eased.

The measures, which banned gatherings of more than four people and imposed a curfew, prompted even larger rallies.

On Wednesday protesters gave the Prime Minister three days to step down or face more demonstrations.

In response, Thailand’s Prime Minister said that he would lift the decree but asked protesters to reciprocate by tonight down their “hateful and divisive talk”.