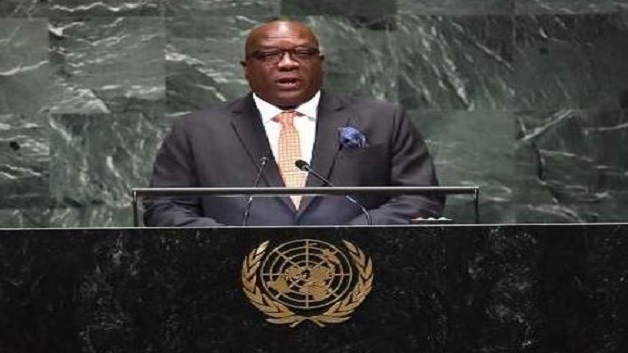 St. Kitts-Nevis Prime Minister Dr. Timothy Harris has issued an urgent call for countries where guns and other weapons are manufactured to do more to curb the trafficking of firearms into the Caribbean.

In his address at the United Nations General Assembly on Friday, Harris said while Caribbean governments continue to do all they can to protect their borders, “it is beyond our power to unilaterally control the flow of guns into the region or the habit that drives the dangerous global drug trade.”

“Throughout the Caribbean, we suffer from an increase in crime connected to the trade in small arms, light weapons and the drug trade,” he said, adding that “These weapons flow into the Caribbean where they are not manufactured and are linked to an insatiable drug appetite in the West.”

Harris, who is also the Minister of National Security, also reaffirmed his administration’s full commitment to the Arms Trade Treaty (ATT) that establishes common standards for the international trade of conventional weapons and seeks to reduce the illicit arms trade.

In St. Kitts-Nevis, law enforcement agencies have stepped up their patrols and other joint operations that have so far resulted in the removal of 33 illegal firearms from the nation’s streets for 2018.