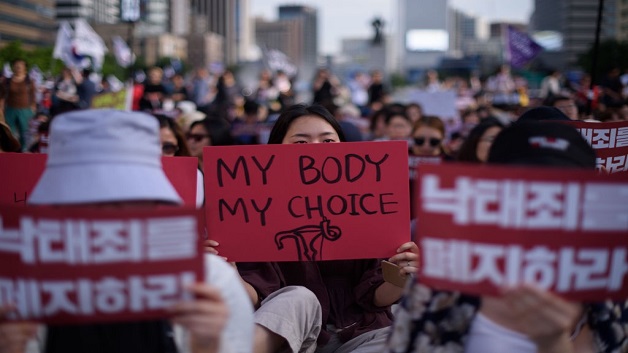 South Korea’s 66-year abortion ban must be lifted by end of 2020 the country’s Constitutional Court ruled today, in a major win for pro-choice advocates.

Seven out of nine judges ruled that outlawing abortion was unconstitutional; votes from six judges were needed to overturn the ban.

According to CNN News, Lawmakers now have until December 31, 2020 to revise the law. Termination of pregnancy after 20-weeks will remain illegal.

Previously, women who had abortions in South Korea could face up to a year in prison and can be fined up to $1,780, while doctors or healthcare workers who helped terminate a pregnancy could be jailed for up to two years.

While prosecutions were rare, they were not unheard of.

Police issue wanted bulletin for Chapmans man in connection with reports of Robberies and...