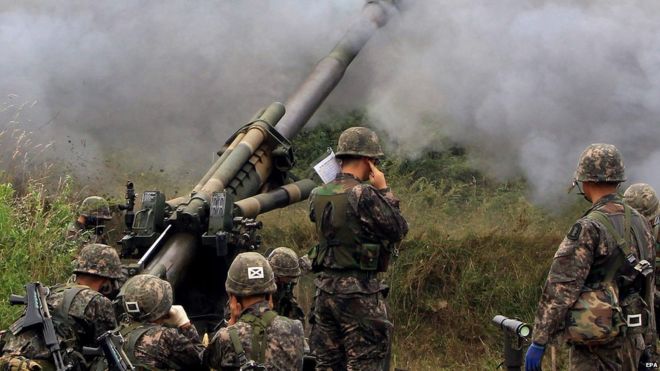 South Korea has ordered the evacuation of residents from an area of its western border after an exchange of fire with North Korea, reports say.

South Korea’s National Security Council is due to hold an emergency session.

The western sea border has long been a flashpoint between the two Koreas.