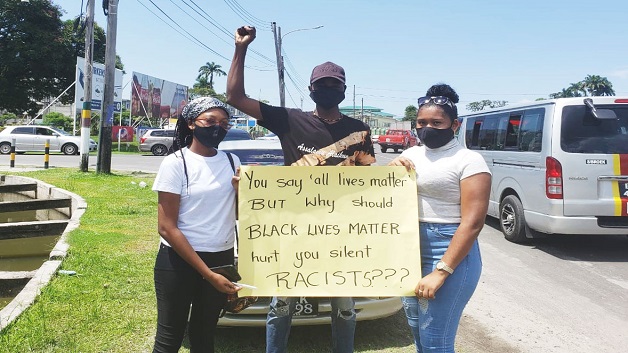 Protesters in Guyana, on Sunday, blocked the roadway along the Number Five and Number Three villages, West Coast Berbice Public Road, bringing traffic to a halt for commuters going to Georgetown and for those coming into Region Six and other parts of Region Five for more than five hours.

Tyres were set alight and debris were dragged on to the roadway as residents called for justice for the killing of the Henry cousins, Isaiah and Joel, whose mutilated bodies were found in the village’s backlands.

The relatives and residents are contending that it been almost a month and they have not received word on what is happening in relation to the case.

A team of investigators from the region is working on the matter and efforts are also being made to have a team of forensic experts from Argentina be part of the investigations.

French experts examine plane wing part to see if it is linked to missing...