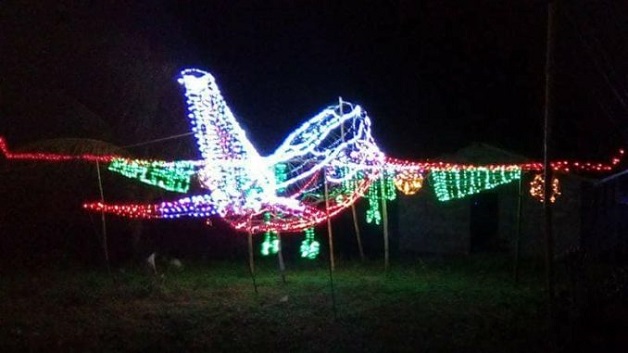 The community of Point Village, in North Windward has retained the title of “Best Lit Community” in the 2017 National Nine Mornings Community Lighting Competition sponsored by the St. Vincent Electricity Services Limited (VINLEC).

This is the fifth consecutive year that Point Village has won the competition.

The Best Lit Private House was won by Olivia DaSilva of Cane End with Jimmy Samuel of Rillan Hill in second position.

Glenroy Prescott of Frenches and Ann Jones of Questelles tied for third place, while Evon Robertson of Sharpes Village, Christopher Trumpet of Fitzhughes, and Niquette Ballantyne of Sandy Bay all tied for fourth place.

In the Best Lit Garden category, the Botanic Garden was adjudged the winner, with Richmond Hill Garden in position number two. Ces for West Gardens and the Recreational Park at Roseau tied for third place.

Nine Mornings which is unique to St. Vincent and the Grenadines runs was held from December 16th to 24th under the theme “Spreading the Love”.