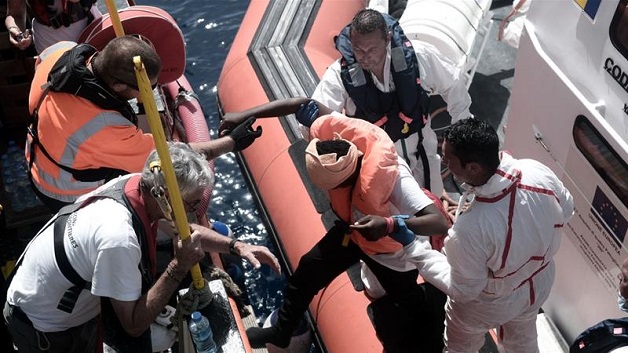 Having spent several days at sea after being rejected at ports in Italy and Malta, 629 weak and exhausted refugees and migrants – among them six pregnant women and more than 100 unaccompanied minors – are expected to arrive in the Spanish city of Valencia on Sunday morning.

After Spanish Prime Minister Pedro Sanchez, offered to take the refugees in, they began a four-day journey on Tuesday evening.

They will arrive in three boats, after two Italian naval and coastguard vessels took aboard 400 people from the overburdened rescue boat.

According to Al Jazeera News, authorities are preparing a sailing facility near Valencia port to accommodate those on board for up to several days.