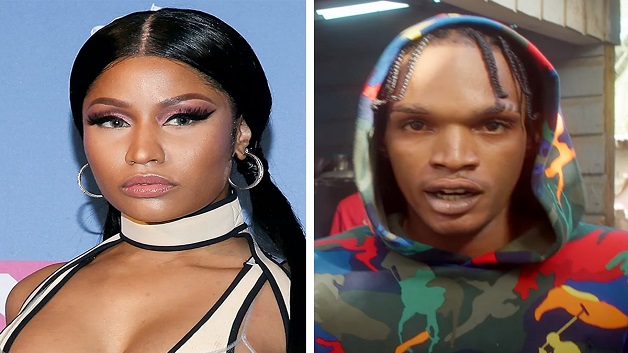 Nicki Minaj says she is penning her verse for Skeng’s “Likkle Miss” remix.

The Queen of Rap hinted that she has a new project coming with rising Jamaican star, Skeng. On Tuesday afternoon, Nicki Minaj shared a teaser that sent her Jamaican fans crazy as she played Skeng’s “Likkle Miss” while getting her pink hair ‘slayed’ and hinted that collaboration is coming soon.

“Likkle Miss” was released by Skeng on July 7, 2022, and has 2.2 million views on YouTube. “Writing my verse,” Minaj wrote along with the crazy emoji.

Skeng is a Jamaican dancehall artist known for his hard-hitting trap dancehall songs like “Gvnman Shift” and “Protocol.” The artist received commendations in April when Minaj shared that she was a fan of Skeng’s music.

She had shared a video vibing to Skeng’s “Street Cred,” leading to her Jamaican fans calling for a collaboration between the two artists.

Nicki Minaj is a strong supporter of dancehall music and has collaborated with many upcoming artists like Skillibeng, Mavado, and others. Skeng’s Producers from Di Truth label also shared their hope that the American superstar would collaborate with Skeng.