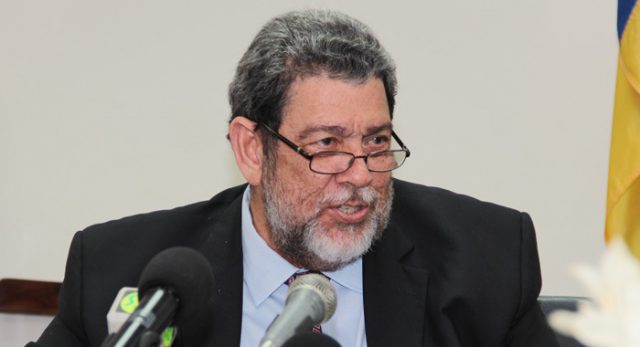 Nearly $400,000 has been allocated for medical care under the Office of the Prime Minister. This is according to Prime Minister Dr. Ralph Gonsalves during his appearance on VC3’s Roundtable Talk earlier this week.

Prime Minister Gonsalves also made mention of contributions that the National Lotteries Authority has made to the area of medical care in St. Vincent and the Grenadines.

“In the budget, we have monies for medical care under the Office of the Prime Minister, nearly $400,000, plus an additional $700,000 for other forms of social assistance, much of it which is spent medical assistance overseas.

Then, from the lotto, between from education and health purposes last year, the lotto spent over three and a half million dollars,” he said.

The Prime Minister’s disclosure was in response to public discussion about the illness of three year old Rayden Davis, who has since passed, with many saying that they felt like enough was not done on the part of the Government to assist.

However Prime Minister Gonsalves also disclosed that efforts were made to have three year old flown out via air ambulance but due to the lack of a clear diagnosis, this was not possible.

“Because a lot of harsh things have been said which are untrue. The medical services in St. Vincent and the Grenadines, including the World Pediatric Project, which seized of this child, seeking to see if they can find out what is really wrong, they’re doing a series of tests, including sending tests overseas—it’s a painful thing.

Three weeks ago the Cabinet secretary Mrs. Barnwell-Scott had made arrangements for the child to be flown out to Trinidad by air ambulance but they wouldn’t be accepted in the hospital over there because they didn’t have a clear disgnosis,” Gonsalves said.

The Prime Minister during his address at the launch of the ON-SITE program on Thursday, the morning following the passing of three year old Rayden Davis extended condolences to his mother, asking the public to keep her in their prayers.