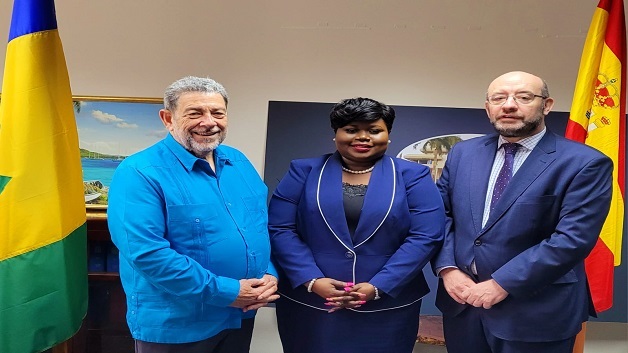 According to an official release from the Ministry of Foreign affairs, during the visit, Ambassador Nogales will meet with high level officials including, Prime Minister Dr. Ralph Gonsalves; Minister of Foreign Affairs and Foreign Trade, Keisal Peters; Minister of Finance, Economic Planning and Information Technology, Camillo Gonsalves; Minister of Agriculture, Forestry, Fisheries, Rural Transformation, Industry and Labour, Saboto Caesar as well as members of the private sector.

The meetings are expected to explore economic development opportunities between the Kingdom of Spain and Saint Vincent and the Grenadines in the areas of transportation, tourism, fisheries and trade.