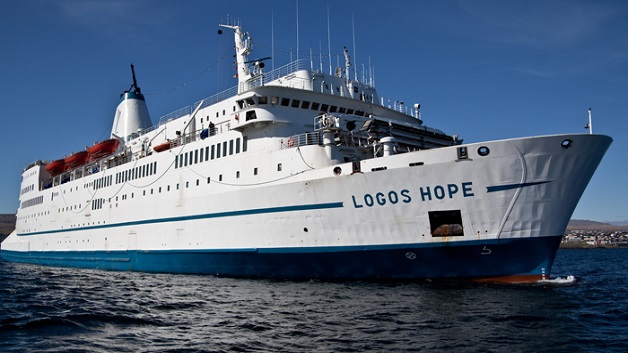 The MV Logos Hope, the world’s largest floating book fair, is currently in St. Vincent and the Grenadines.

The ship which is docked at the Kingstown Port, arrived here on Friday December 13th, with approximately 400 volunteer Crew Members from 67 countries and a wide array of books including Children’s books, Novels, Christian Literature.

During a Special Opening Ceremony on board the ship last Saturday December 14, Minister of National Mobilization, Frederick Stephenson Welcomed the Captain and his Crew, and noted that at the last meeting of Cabinet, approved all the concessions that Logos Hope asked for.

Minster Stephenson said that crew members on board the ship, will also be participating in the Nine Morning’s Activities.

Meanwhile, Pil-Hun Park Director who said he is pleased that the ship has returned to SVG, expressed his gratitude to the Government and People of SVG, for the Ship’s Visit.