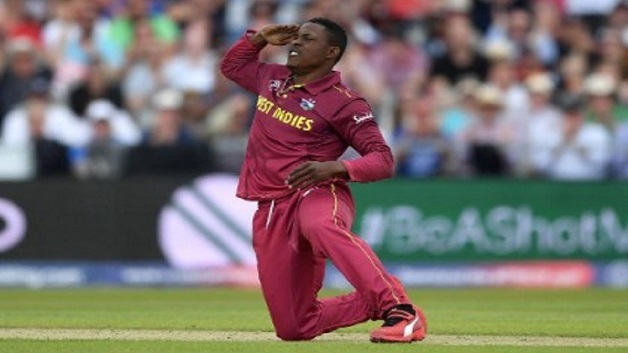 West Indies stars Sheldon Cottrell and Shimron Hetmyer both walked away from Thursday’s Indian Premier League auction with million-dollar deals, but there was disappointment for 2016 World Cup hero Carlos Brathwaite who went unsold.

According to CMC News, Jamaican Cottrell, West Indies’ best white-ball bowler this year, was sold to Kings XI Punjab for US$1.2 million while Guyanese Hetmyer was snatched up by Delhi Capitals for US$1.1 million.

Both players are currently members of the West Indies side in Cuttack for the final One-Day International of the three-match series against India.

Brathwaite, however, was ignored by the eight franchises after entering the auction at a base price of US$70,400. A lower order batsman and steady medium pacer, Brathwaite has struggled in all four previous seasons of the IPL and last year made just two appearances for Kolkata Knight Riders.