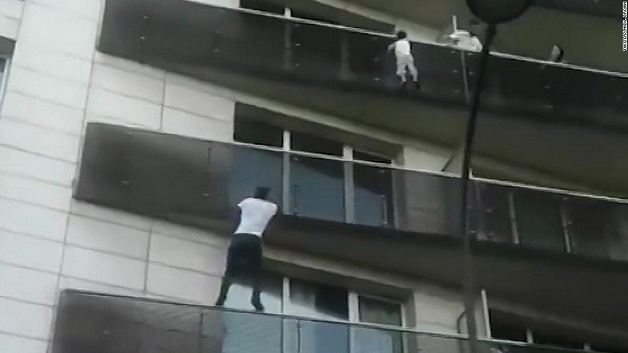 A Malian migrant, hailed as a hero after mounting a daring rescue to save a small boy dangling from a balcony in Paris, is to be made a French citizen.

Mamoudou Gassama won widespread praise after climbing the outside of the building to save the four-year-old.

Video showed him being cheered on by spectators as he pulled himself from balcony to balcony to the fourth floor.

After meeting him at the Elysee Palace, President Emmanuel Macron said he would be made a naturalised citizen.

He personally thanked Mr. Gassama, gave him a medal for courage and said he would also be offered a role in the fire service.

According to BBC News, Mr. Gassama is said to have arrived in France last year, taking the long and dangerous journey to Europe via a boat over the Mediterranean to Italy.

The drama that thrust him to fame unfolded on Saturday evening on a street in the north of the city.

Modern medical complex at Georgetown to be opened later this year