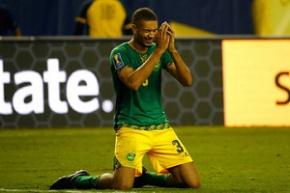 The 23-year-old, who represents Reading in the League Championship, made his international debut three months ago and has since has been capped six times by the Reggae Boyz.

Hector underwent a medical at Chelsea’s Cobham Training Centre yesterday before signing off on the contract hours before the transfer deadline.

He will, however, remain at Reading on loan for the remainder of the season.

Police arrested and charged two for indecent assault against minors