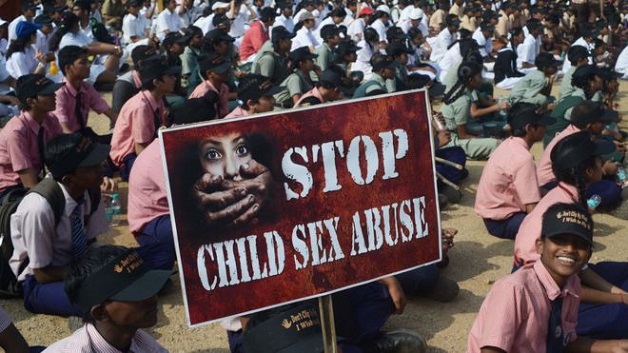 A panel of doctors is meeting in India to decide if a 10-year-old rape victim can be allowed to undergo an abortion.

The girl was repeatedly raped by her stepfather and is due to give birth in four months, police in the northern town of Rohtak told the BBC.

He has been arrested and detained pending a full police investigation.

Indian law does not allow terminations after 20 weeks unless doctors certify that the pregnant woman’s life is in danger.

The pregnancy came to light last week when the 10-year-old girl’s mother, who works as a domestic helper, suspected her child was pregnant and took her to see a doctor.

Reports said the girl was often left at home when her mother went to work. She told her mother that she had been repeatedly raped by her stepfather, who had warned her not to say anything.

The stepfather was arrested after the mother lodged a police complaint, senior Rohtak police official Pankaj Nain told the BBC.