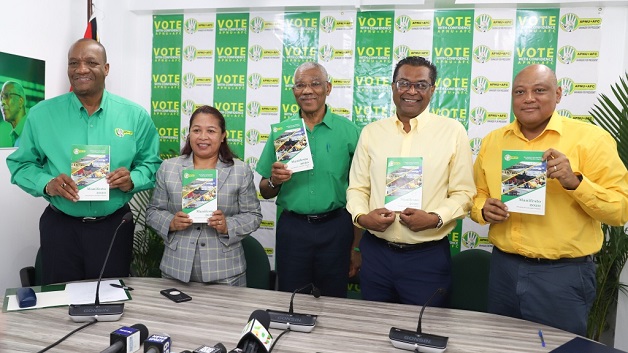 Guyana’s Alliance For Change leader has confirmed that the party will be leaving the opposition coalition with the A Partnership for National Unity (APNU) by year’s end.

At a virtual media conference yesterday, Khemraj Ramjattan said: “We will still have a very cordial working relationship with the APNU because of course we are a joint party at a parliamentary level.”

The AFC formed a partnership with APNU in 2015 when they signed the Cummingsburg Accord.

The APNU+AFC coalition was elected into government shortly after. The accord was renewed in 2020 when the coalition attempted to secure a second term in office but they were defeated by the Peoples’ Progressive Party/Civic (PPP).

The party has nine members of parliament and Ramjattan said they will remain in office.