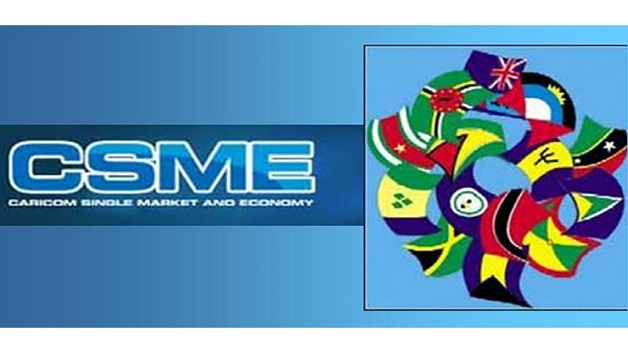 CARICOM Heads of Government last night issued a declaration on the Caribbean Single Market and Economy (CSME) which includes a commitment to amend the revised Treaty of Chaguaramas to include as associate institutions: representative bodies of Private Sector and Labour and it also defines new categories of skilled workers eligible for free movement.

The St. Ann’s Declaration on the CSME was issued following the 18th special meeting of the conference of Heads of Government held in Trinidad and Tobago from December 3-4.

It provides for a formalized, structured mechanism to facilitate dialogue between the councils of the Community and the private sector and labour.

Heads of State have, according to the declaration, agreed to finalise a regime that permits citizens and companies of CARICOM to participate in the Public Procurement processes in member states by the year 2019 and have signaled their intention to take the steps necessary to allow for mutual recognition of companies incorporated in a CARICOM member state.

They will also include Agricultural Workers, Beauty Service Practitioners, Barbers and Security Guards to the agreed categories of skilled nationals who are entitled to move freely and seek employment within the Community; and reiterate that a skills certificate issued by one Member State would be recognised by all Member States.