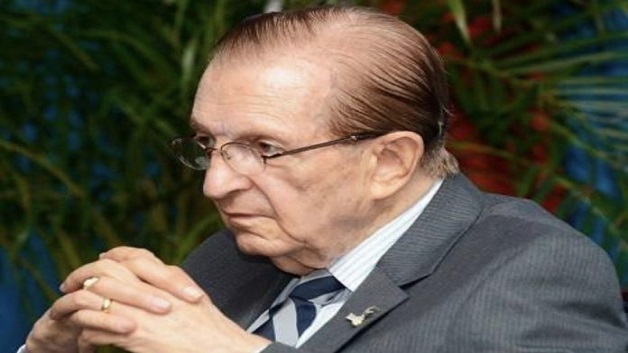 Former Prime Minister, Edward Seaga, has been hospitalized in the United States where he is treated for an undisclosed ailment.

The Jamaica Observer newspaper in quoting sources close to the family, said that Seaga is hospitalized at an unknown hospital in Miami.

It said the sources did not disclose the ailment of the former Jamaica Labour Party (JLP) leader who served as prime minister from 1980-89 and became ill while travelling overseas.

Seaga, Jamaica’s fifth prime minister, was the JLP leader from 1974 to 2005 when he retired from active politics.

Since his retirement he has been an honorary distinguished fellow at the professorial level at The University of the West Indies, and also serves as chancellor of the University of Technology, Jamaica.