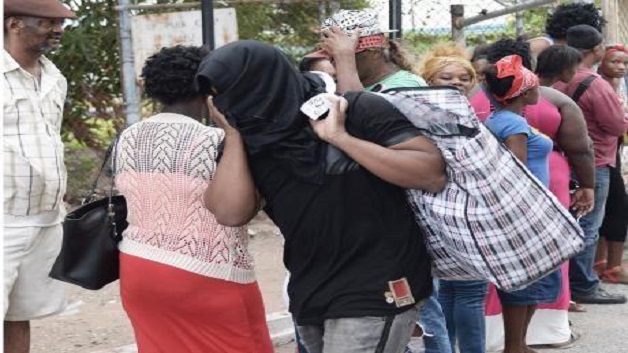 Advocates in the United Kingdom are expected to make a last effort tomorrow to convince the British government to reconsider its planned deportation of 50 Jamaicans.

According to Caribbean Media Corporation, The Jamaicans, many of whom have been living in Britain since they were children, are expected to return to the country on Tuesday.

Speaking on Radio Jamaica’s Beyond the Headlines on Friday, Shadow Home Secretary in the Labour Party, Diane Abbott, said she would be making submissions to the government to review its decision. She said she is hopeful that the government will listen to the arguments and reverse its decision.

However, Public Law Barrister in the UK, Matondo Mukulu, said the cost to fight some of the legal hurdles the Jamaicans are facing will be high, based on the administrative requirements of  the Home Office.

Supporters have been pressuring the government to halt the planned deportation.

The BBC reported that the UK-based charity, the Joint Council for Welfare of Immigrants had argued that some of those being deported could be victims of human trafficking. A Labour MP also urged the British Prime Minister, Boris Johnson, to suspend the flight until a report into the Windrush scandal is published.

However, the British government has maintained that all those set for deportation are criminals and no Windrush victims are involved.

It quoted Johnson as saying that it was “right to send back foreign national offenders”.

A leaked copy of  the Windrush review has recommended that the government consider ending the deportation of  foreign-born offenders who went to the UK as children.