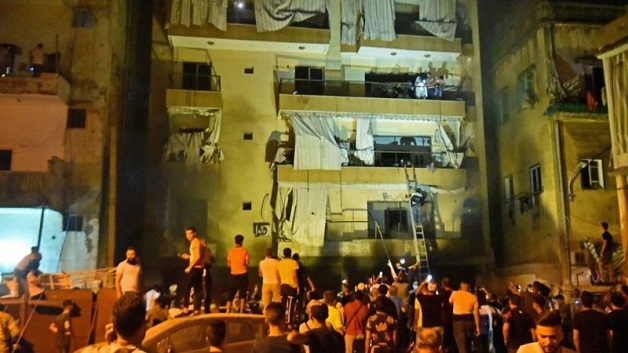 A fuel tank has exploded in a densely populated area of the Lebanese capital, Beirut, killing at least four people and injuring 20.

The blast occurred after the tank caught fire in Tariq-al-Jdide district. TV footage showed flames leaping up buildings in the area’s narrow streets.

There is no word on the cause of the fire. The rescue efforts are ongoing.

The blast caused panic in a city scarred by the explosion that killed 203 people in the port area in August.

The latest fire and explosion also comes amid a severe financial crisis and the coronavirus pandemic – which have fueled widespread discontent.