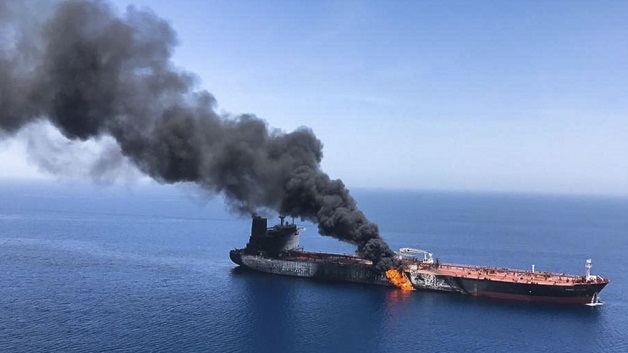 Dozens of crew members have been rescued after abandoning two commercial oil tankers hit by explosions in the Gulf of Oman.

Iran was quoted by the BBC as saying that it had rescued the 21 crew members on board the Japanese-owned Ko-ku-ka Courageous and the 23 on the Front Altair, owned by Norway.

The US disputed this, saying its Navy had rescued some of those aboard.

It is unclear what caused the blasts. They come amid heightened tensions between Iran and the US.

A senior Iranian official told the BBC that “Iran has no connection with the incident.”