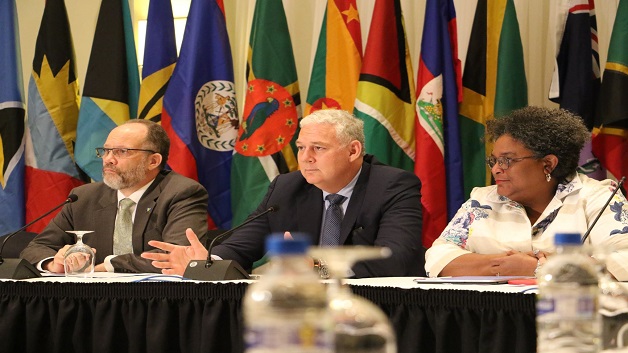 According to Caribbean News Service, Barbados Prime Minister Mia Mottley says the delegation hopes to get a better awareness of the situation there following the passage of Hurricane Dorian.

The team left Barbados early Thursday morning and made a brief stop in St. Lucia where Prime Minister Chastanet joined the delegation.

Tens of thousands of Haitians threatened with deportation in The Bahamas

Protesters arrested as they run from HK campus