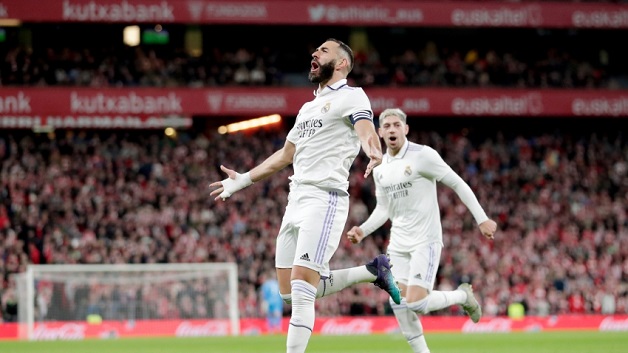 Goals from Karim Benzema and Toni Kroos helped Real Madrid pull off a win to move back to within three points of league leaders Barcelona.

Benzema extended his run to six goals in five league matches with a sublime contorted volley.

This has helped Carlo Ancelotti’s side bounce back after defeats in their last league match at Villarreal and against Barcelona in the Spanish Super Cup.

Barca had moved six points clear with their own win on Sunday.

Benzema has provided much of Real’s thrust since the turn of the year, after missing France’s World Cup campaign through injury.

The 35-year-old striker, who recently hinted at retirement from international football, showed great athleticism and presence of mind to fashion a stunning first-half opener.