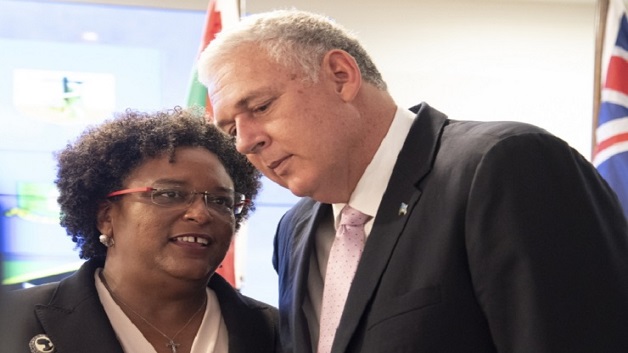 Barbados’ Prime Minister Mia Mottley says Caribbean countries cannot confront the realities of climate change without cooperating with one another.

She expressed that view last evening as she delivered remarks during the opening ceremony of the 65th Meeting of the Organisation of the Eastern Caribbean States’ (OECS) Authority, in St. Lucia.

“The only way we can move forward, conscious that we’ve already started another hurricane season, is by recognizing that our fragility requires of us an effort and a commitment that goes beyond anything that we have seen thus far. It is impossible for any one of us to confront the realities of climate change without cooperation,” she said.

The Prime Minister suggested that irrespective of membership in CARICOM, countries must find modalities to help each other, particularly as they confront issues of climate change and adapt to boost resilience as they go forward.

Mottley also noted that the level of inter-governmental cooperation did not match that which the people and private sectors engaged in. She stressed, therefore, that the opportunity afforded Barbados to participate in the two-day meeting in St. Lucia must be pursued to see where “it can take us”.