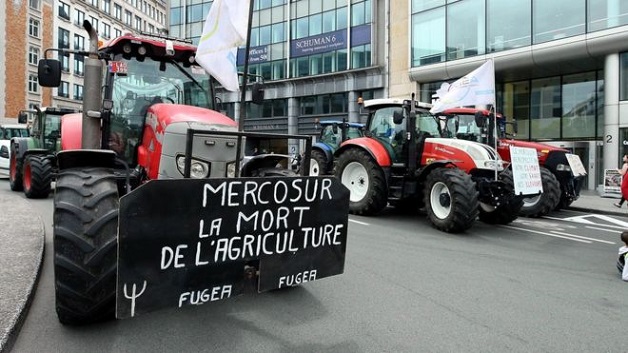 MPs in Austria have dealt a blow to the EU’s landmark trade deal with South America’s economic bloc, by demanding a government veto on the deal.

The draft free trade agreement took 20 years to complete and the EU has described it as its biggest so far.

France and Ireland have already warned they will reject the deal if Brazil does not do more to curb fires in the Amazon rainforest.

Austrian groups say the deal must do more to tackle environment issues.

All but one of Austria’s main parties rejected the deal in a parliamentary sub-committee, from the far right to the centre left.

Without backing from every government in the EU, the Mercosur deal cannot go through.