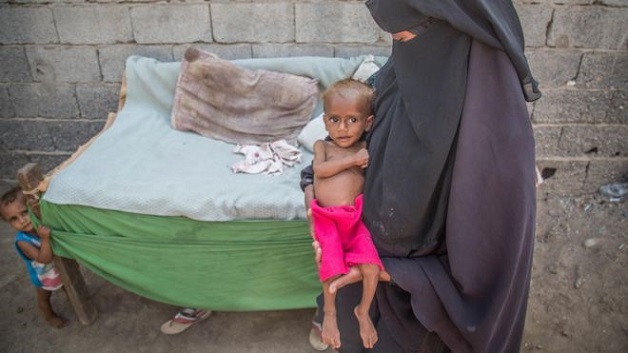 An estimated 85,000 children under the age of five may have died from acute malnutrition in three years of war in Yemen, a leading charity says.

The number is equivalent to the entire under-five population in the UK’s second largest city of Birmingham, Save the Children adds.

The UN warned last month that up to 14 million Yemenis are on the brink of famine.

It is trying to revive talks to end a three-year war which has caused the world’s worst humanitarian crisis.

According to BBC News, the UN says at least 6,800 civilians have been killed and 10,700 injured in the war.

The fighting and a partial blockade by the coalition have also left 22 million people in need of humanitarian aid, created the world’s largest food security emergency, and led to a cholera outbreak that has affected 1.2 million people.

US knocked out of World Cup after Trinidad defeat