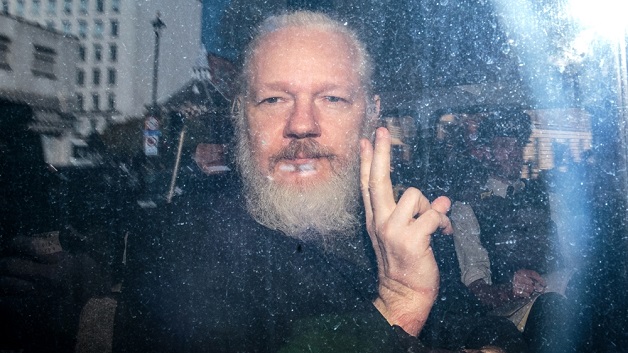 Seven years after he first entered Ecuador’s embassy in London seeking asylum, WikiLeaks founder Julian Assange has been arrested by British police and faces extradition to the United States.

A bedraggled and sickly looking Assange on Thursday was dragged out of the building in the UK capital by officers and bundled into a police van after the South American country abruptly revoked his asylum earlier in the morning.

He now faces US federal conspiracy charges related to one of the largest ever leaks of government secrets.

The UK will decide whether to extradite Assange, in response to allegations by the Department for Justice that he conspired with former US intelligence analyst Chelsea Manning to download classified databases.

He faces up to five years in US prison if convicted on the charges of conspiracy to commit computer intrusion.

Assange’s lawyer Jennifer Robinson said they would be fighting the extradition request. She said it set a “dangerous precedent” where any journalist could face US charges for “publishing truthful information about the United States”.

She said she had visited Assange in the police cells where he thanked supporters and said: “I told you so.”

Assange had predicted that he would face extradition to the US if he left the embassy.

Vincentian artistes to be recognized at 4TH AMP Awards ceremony